With a rich history, there are plenty of great Massachusetts historical sites in the Marblehead area. To help you with your search we are giving you the inside scoop on the best historic attractions and museums in Massachusetts.

The Marblehead Museum consists of a campus with three properties; the Museum/Exhibits/ J.O.J. Frost Gallery, the Jeremiah Lee Mansion and the Civil War & G.A.R. Museum. They house the Museums collection, exhibits/galleries and archives.

The most notable is the Jeremiah Lee Mansion which is a magnificent colonial Georgian home built by American craftsmen in 1768 when Lee was the wealthiest merchant and ship owner in Massachusetts. Preserved in its nearly original state, the house stands as a tribute to both colonial America’s strong ties to England and its independent commercial success.

Many of the Mansion’s original decorative elements have been preserved, including rare 18th century English hand-painted wallpapers- the only such wall treatments surviving in place. The house is furnished with an outstanding collection of early American furniture, including examples by Boston, Salem and Marblehead cabinet-makers. Decorative arts from the 18th and 19th centuries include ceramics, silver, mirrors, clocks, and textiles. 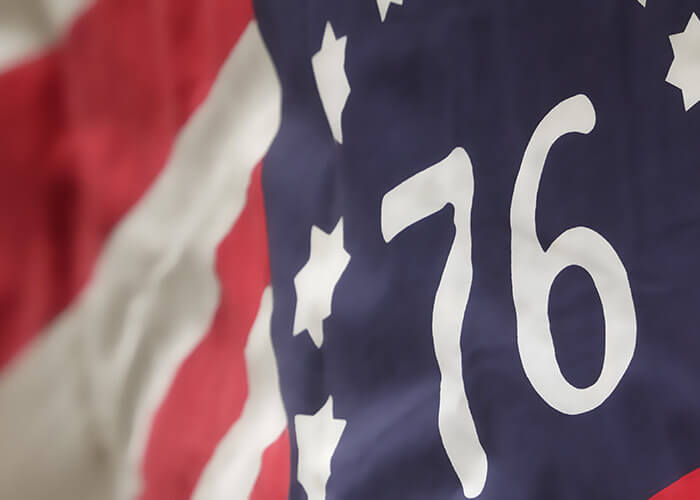 Fort Sewall is a historic coastal fortification in Marblehead, Massachusetts. It is located at the northeastern point of the main Marblehead peninsula, on a promontory that overlooks the entrance to Marblehead Harbor. Established in 1644, it is one of the oldest English coastal fortifications in the United States. During the War of 1812, on April 3, 1814, the USS Constitution, perhaps the most famous American ship of war ever to sail, took shelter under the guns of Fort Sewall from a pursuing pair of British frigates, the Tenedos and the Endymion.

Despite lacking the ammunition and powder needed to sink or drive off the two frigates, the fort’s garrison was able to bluff the British by running out all of their guns and acting as though they were preparing to attack. Faced with a 36-gun frigate and the defensive batteries of a fort, the British elected to retreat, none the wiser. 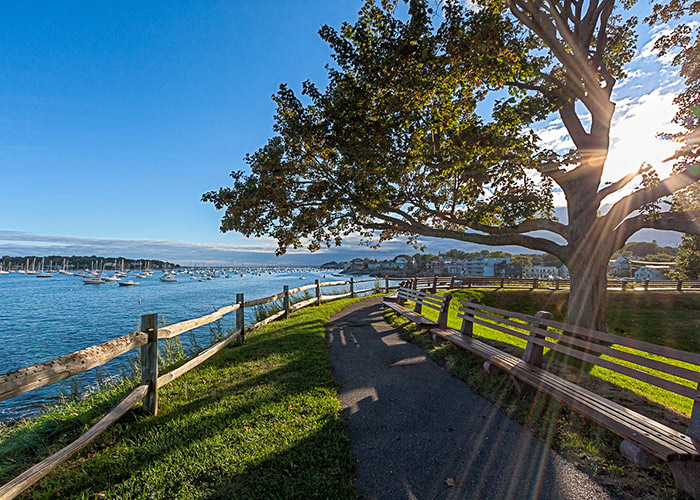 During the Civil War, Massachusetts troops were garrisoned at Fort Sewall, 12 pieces of artillery were mounted to defend Marblehead Harbor, and a few Confederate prisoners of war were held here. The fort was turned over to the town in 1922, and is now open as a public park.

Old Burial Hill is one of the most picturesque graveyards in New England. It affords a view of Old Marblehead, the harbor, and the sea. Established in 1638 at the site of Marblehead’s first meeting house, it’s the burial site of an estimated 600 Revolutionary soldiers, as well as one victim from the Salem Witch Trials.

The graveyard has many well preserved headstones, some dating back to the seventeenth century. Their carvings exemplify artistic and religious expression of the Puritan period, and their epitaphs reflect the times of these settlers, sea captains, fishermen, wives and children.

It was also one of the filming locations for Disney’s 1993 Halloween comedy-drama film Hocus Pocus. 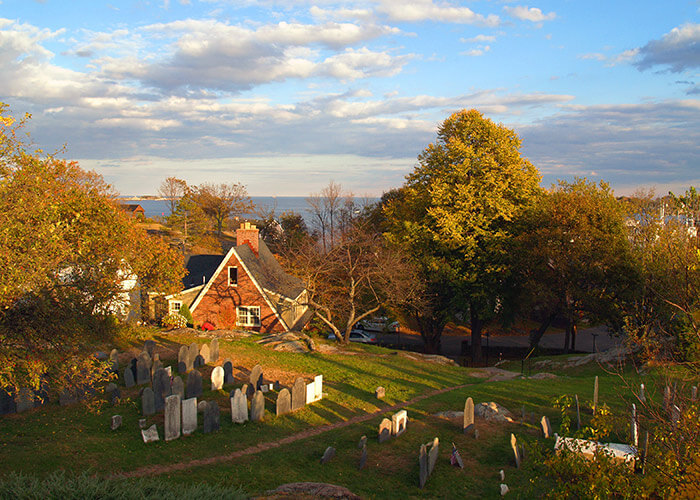 The 14th Continental Regiment, also known as the Marblehead Regiment and Glover’s Regiment, was raised as a Massachusetts militia regiment in 1775, and taken into the Continental Army establishment during the summer of 1775. Composed of seafaring men from the area around Marblehead, Massachusetts, it manned the boats during the New York and New Jersey campaign of 1776 and the infamous crossing of the Delaware River.

Glover’s Regiment was re-born as a re-enactment unit to represent Marblehead in the 1976 Bicentennial. Portraying their Colonial counterparts, they traveled up and down the East Coast, from Maine to Virginia celebrating the fighting fishermen of Marblehead. They now represent not only the fighting fishermen of Glover’s Regiment, but also their wives and children – and is now a fascinating tale of pride, loyalty, and public support.

We can also help set up private historic tours of Marblehead. 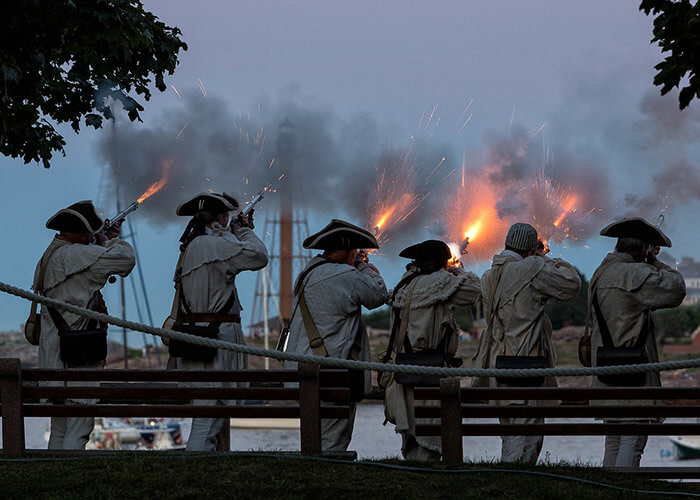 Our guests and employees safety is our first and foremost concern. We want you to be assured you are traveling to a clean and safe place so please see our site for a few of the changes and safety precautions we have recently implemented. We hope to host you soon!